I stumbled down the jetway, exhausted and disoriented, but elated.

Phnom Penh, Cambodia - I'd made it!

After standing by for four separate flights, 22 hours of flying, one overnight layover, and a seven-hour layover in Seoul, South Korea, I was there.

I followed the crowd through passport control and stood in line for a visa.

I handed over my passport and anxiously watched as it was passed down the line of officials, while I was instructed by the wave of a hand to move to the other side of the ropes.

I stood in the crowd, feeling the self-consciousness of the proverbial stranger in a strange land. I was too tall and too blonde, and more than a few people turned to look at me.

I was met with curious smiles.

The official called my name as people crowded the counter. I made my way through and retrieved my hostaged passport for the sum of $30.00.

I texted my friend, Tarek, but had yet to hear back. I could see from WhatsApp, that he hadn't yet read my message.

Should I leave the airport WiFi, hence losing all communication? Or, do I stay and wait for Tarek to return my text?

I was so tired. I had left Atlanta on Saturday afternoon. It was now nearing midnight on Monday. 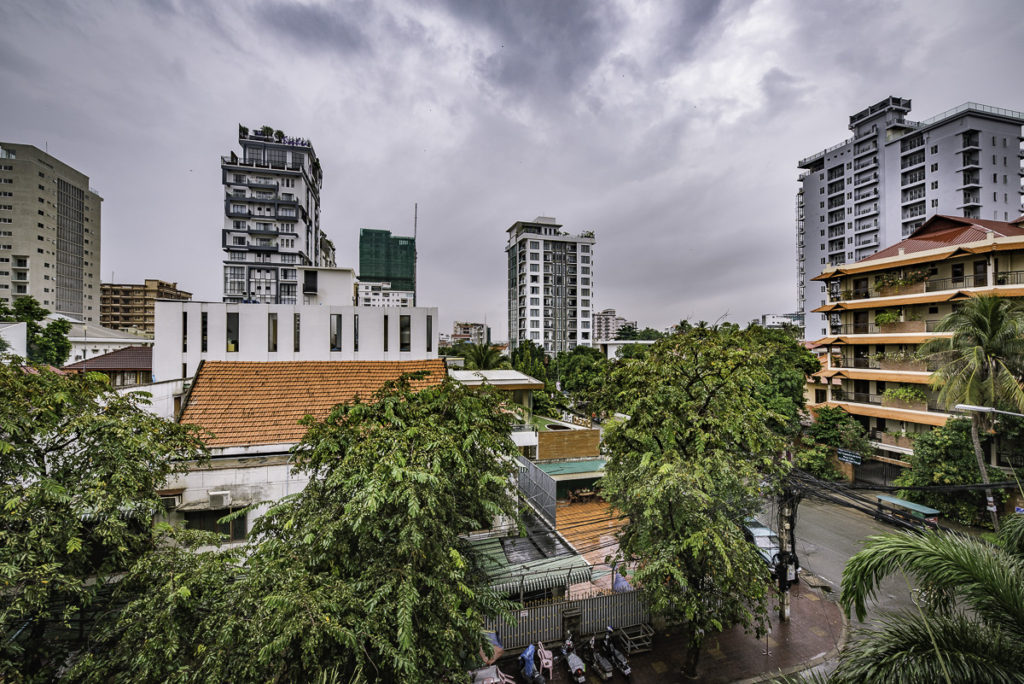 I hoisted my camera-filled backpack onto my shoulders and pulled my carry-on (I never check bags!) behind me as I exited through baggage claim, trusting that the fates had brought me this far and wouldn't abandon me now.

I was hit by a wave of smothering wet-hot jungle air as I walked outside.

The ground was dirt and mud, glistening from recent rain. The doorway was surrounded by a sea of Asian faces awaiting their loved ones.

I could not have felt more foreign - not a single Westerner in sight. I pulled my bag a little farther and stopped in indecision.

That's when I heard my name. "Susan!" It was Tarek emerging from the crowd. At over 6 feet tall, my Egyptian-American friend was easy to spot.

I gave him a hug.

A flood of great high-school memories came rushing in.

I hadn't seen Tarek in at least six years, but I've known him since we were 15, attending high school in Southern California. He was my best friend's first boyfriend.

"Over here," Tarek said as I rushed along next to him. 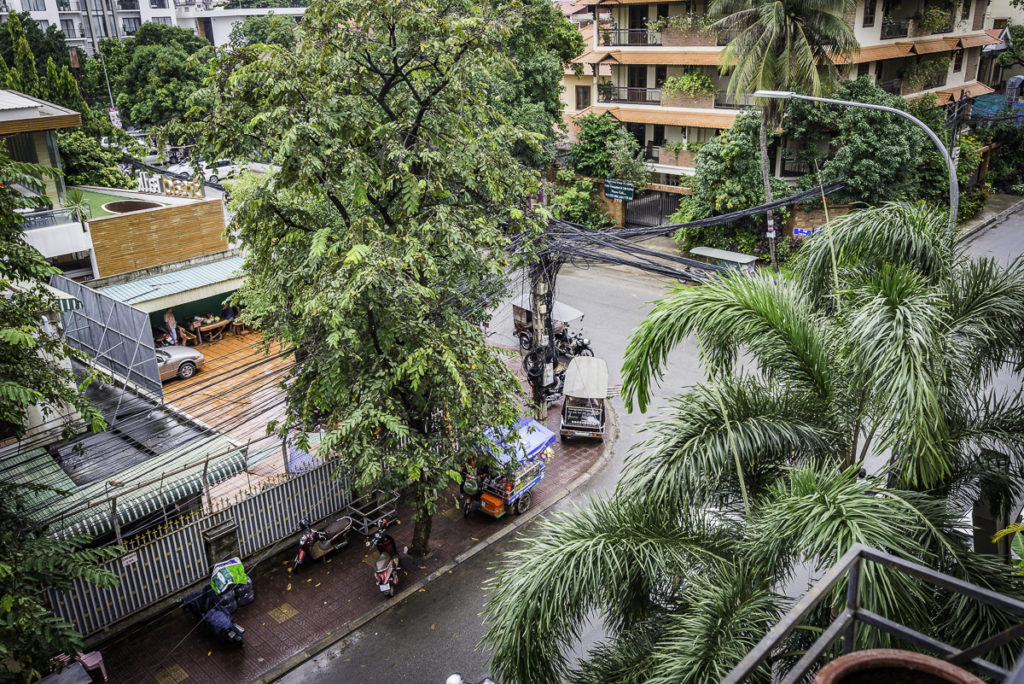 I assumed he would have a car, but Tarek pointed to a Tuk-Tuk as he grabbed my bag and hoisted it up.

I had a moment of disbelief and bliss as I settled back into the seat.

It was miraculous, given how bad the flights had looked for stand-by passengers and the fact that only a mysterious last-minute addition of a 747 to Seoul had made this trip possible.

In Seoul, I misunderstood the agent and went through customs only to find myself out by baggage claim, yikes!

A passport officer took pity on me, grabbed me by the hand, and walked me back through customs and into a small room where a serious-looking official voided my passport stamp and pointed me in the right direction.

Despite everything, I made it to my destination.

As we trundled along in the Tuk-Tuk, a sheen of humid dirt forming a layer on our faces, Tarek queried me as to the objective of my trip.

I had come with few expectations, just an open mind and a thirst for adventure and discovery.

And that getting out of my comfort zone thing?

As we pulled into the BKK1 district about a half-hour later, Tarek told me he was leaving me at his city apartment. He lives with his girlfriend in another house about 10 minutes away.

"And by the way," Tarek said, "if you wake up in the morning and there's a Nepalese guy with a British accent, that's your housemate."

A third-floor walkup, Tarek's apartment was spacious, if not sparse. He let me in, handed me the key, and showed me how to lock the door.

He then advised me to get a good night's sleep, and told me he'd be back around noon the next day, Tuesday.

My room was stuffy and hot, because I didn't realize there was a small air conditioner installed above the window. No matter, I'm not sure I'd ever felt so grateful to be lying down in a bed. I drifted off with great excitement for the coming day.

more to come after the Thanksgiving holiday...