Thursday evening was cool with the smell of rain in the air as we made our way over to Suntrust Plaza in downtown Atlanta.

I got a couple of shots of the fountain before the rain began to fall in big fat lazy drops, cooling my skin and giving me goosebumps - a typical Georgia shower that gave texture to the air and ground before leaving as quickly as it had come.

We sought cover and stood watching as the rain fell and fellow photographers gathered - a good crowd with everyone greeting, chatting, saying hello, and catching up. 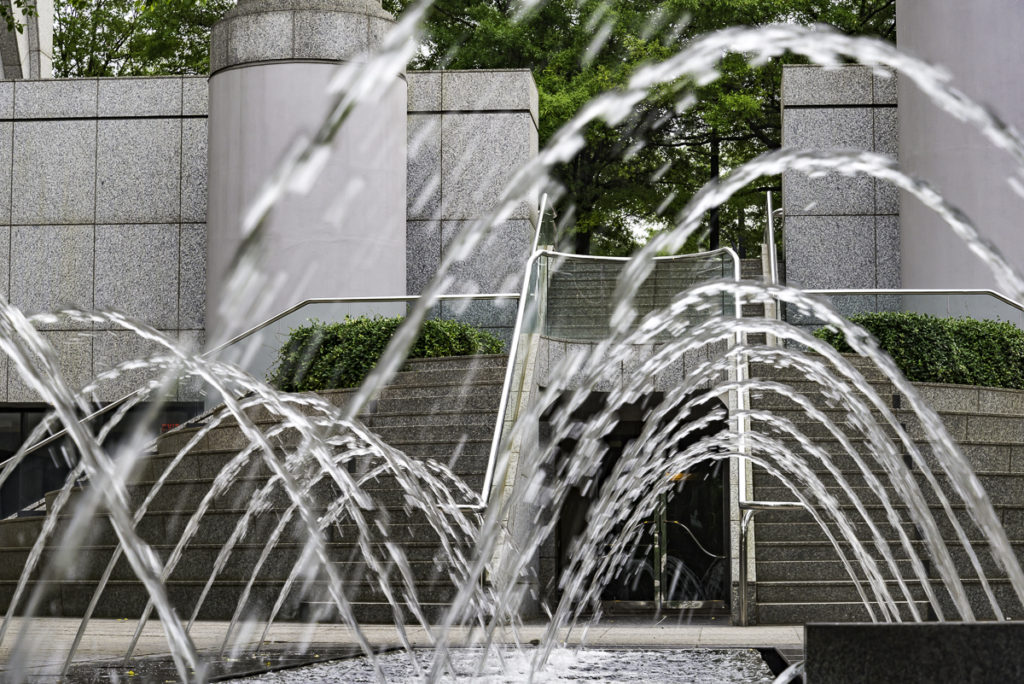 I took a number of photos in and around the plaza, but only a few parts of the art and structure were inspiring me.

There were a few moments when the sun broke through and bathed the buildings in a golden glow, and I rushed to shoot what I saw. Post-production was a bit disappointing, since the pictures didn't capture the mood I felt as I stood in the beautiful waning light. 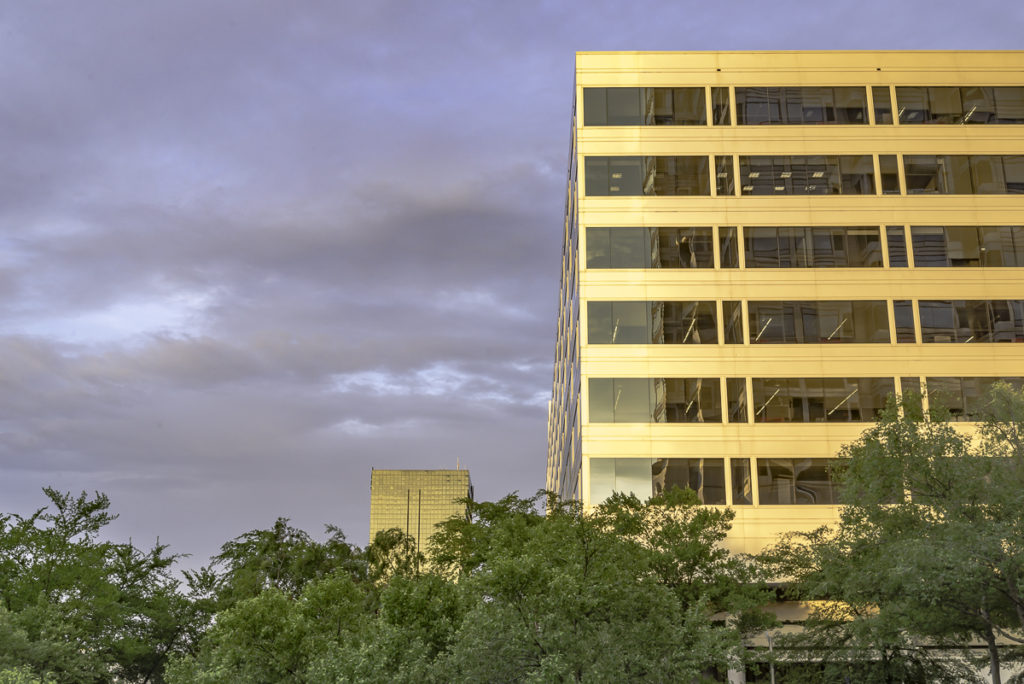 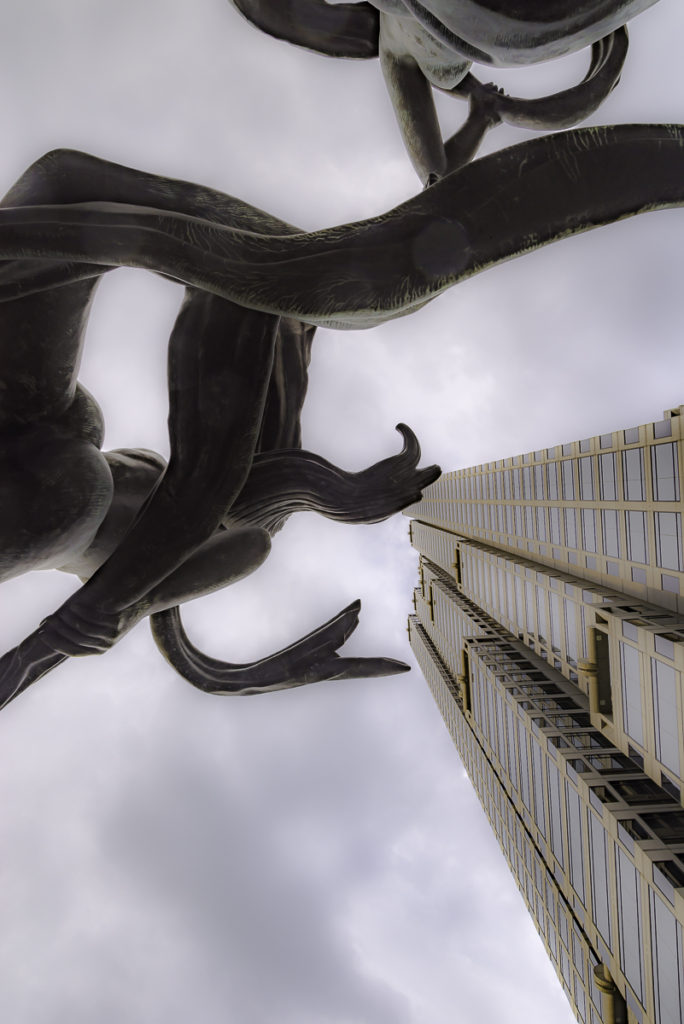 The sky wasn't as textured as I would have liked, especially when I was shooting the sculpture of the dancers, but I got a couple I liked.

For all the times I curse the Atlanta traffic, I was wishing for more of it when it came down to shooting light trails. I stuck to the corner and wished for more cars to come barreling down the road. It was one of those evenings when I enjoyed the camaraderie and visiting, but wasn't overly inspired by what I saw. It happens. No worries. Shoot anyway. Shoot everything. Keep working. 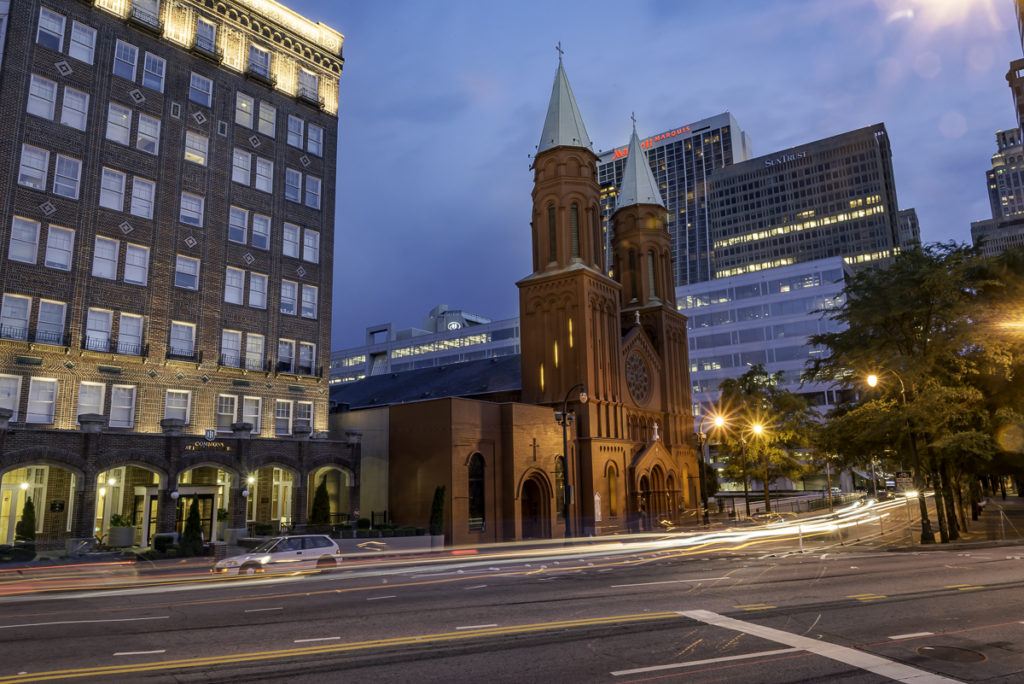 A few of us relaxed with a drink afterwards at the top of the Hilton Hotel where the view was spectacular. That's when I got excited and inspired by what I saw.

Unfortunately, the lighting combined with the glass made it next to impossible to get decent pictures, at least handheld. I'll have to go back during the day or right before dark to try and get some pix of the view. Until then...keep shooting!