Blog > Fire in the Fourth!

Fire in the Fourth!

This time of year, Atlanta is host to copious festivals - something happening every weekend. It's hard to keep up, there's so much to do.

Last weekend was Fire in the Fourth - the second year for this young festival commemorating the fire that devastated the Old Fourth Ward in 1917.

I noticed from the festival literature that last year's shindig raised $10,000 - enough to fund a mural and four new City of Atlanta trash cans. Those must be some fine trash cans. 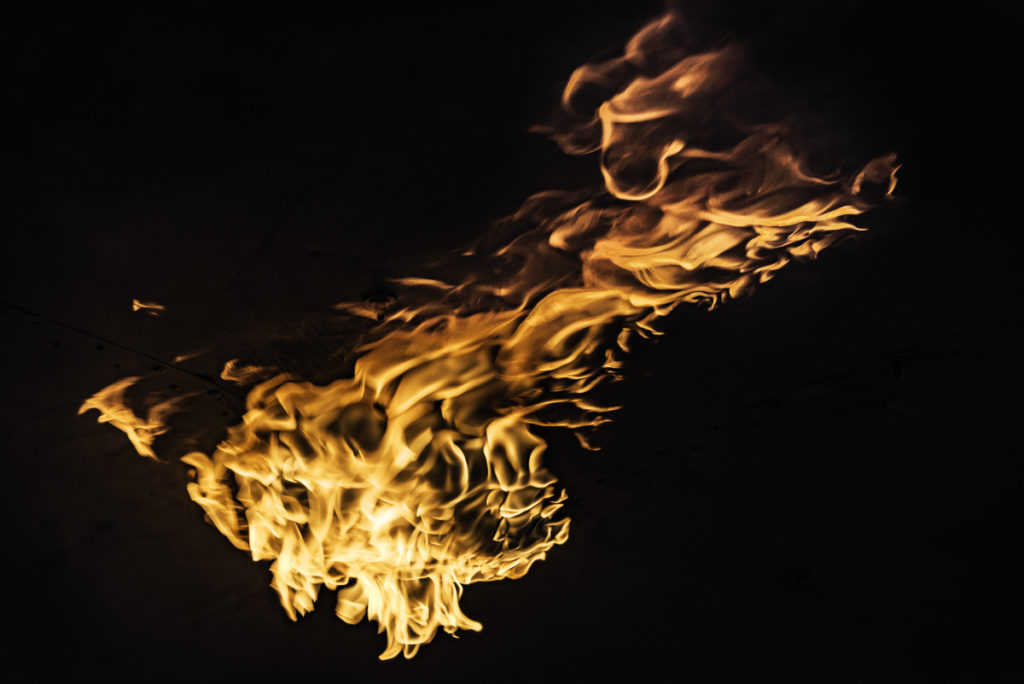 Late Saturday afternoon, I strapped on tennis shoes, slung my camera over my shoulder and walked on down to meet with friends who were shooting the festival.

It was a perfect day - the sun kissed the top of my head, and there was a gentle breeze. It wasn't too hot and not yet humid - walking weather if ever there was.

The flowers gave off a lovely aroma, and the birds were back and forth excitedly.

As I neared the corner of Edgewood Avenue and Boulevard, I was greeted by a sulfurous smell commingled with the scent of fried food and beer.

Aaahhhh, the smell of spring in the city. 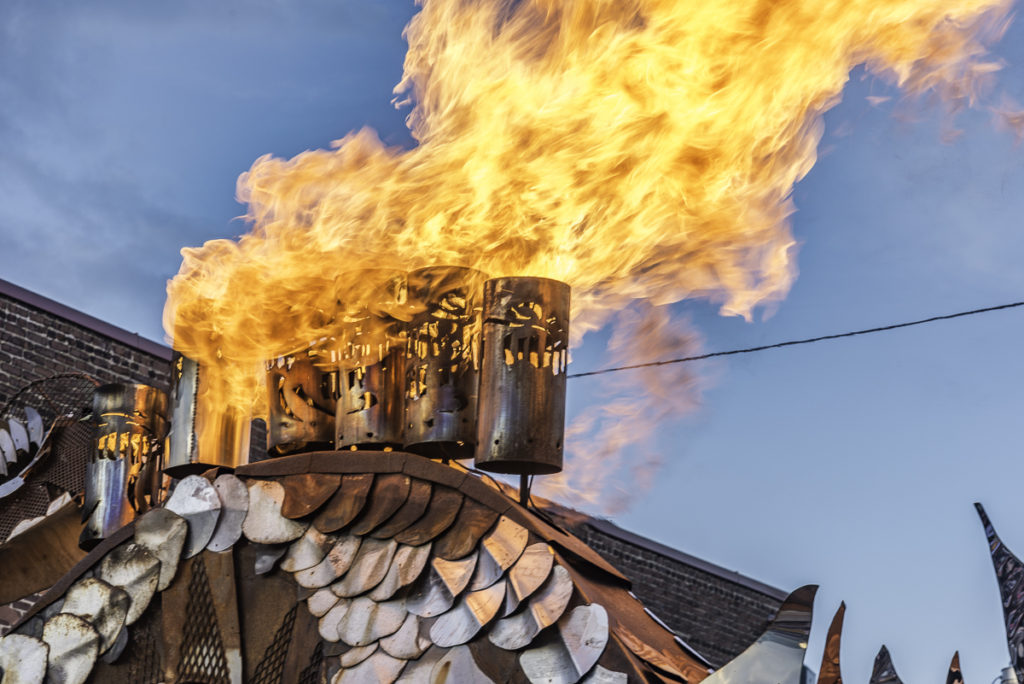 Pyromaniac that I am, this was my kind of festival. An empty lot was bedecked with assorted displays of fire presented in a circus atmosphere.

There was a strong-man ring-the-bell game that when hit successfully emitted a blast of flame out the top.

There was a delightful Puff-the-Magic metal dragon that oddly spewed fire from atop his back instead of his mouth.

But my favorite by far was the fire tent. I could have stayed in there all evening watching the fire play across the tent ceiling. 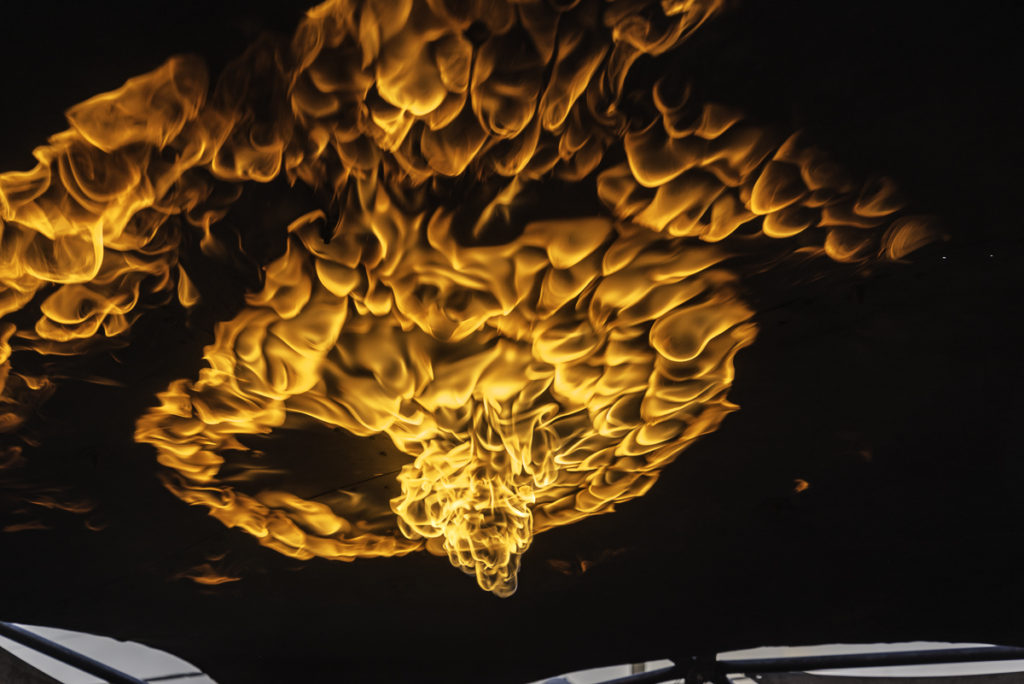 The streets were shut down to all but foot traffic, and there was music, dancing, booze, and food.

The bass reverberated down the block.

We passed into the VIP area, thanks to my friend who had a couple of tickets. I'm not a big cocktail drinker, but wanted to try the Tito's handmade vodka, so had a little with my cranberry juice.

The homemade empanadas from Bantam (don't remember seeing those on the menu when I was there) were luscious - the satisfying crispy crust melting into the exotically spiced veggie filling.

We were treated to some performers out back blowing smoke-filled bubbles and twirling flaming...flaming...well heck I have no idea what those things are called. 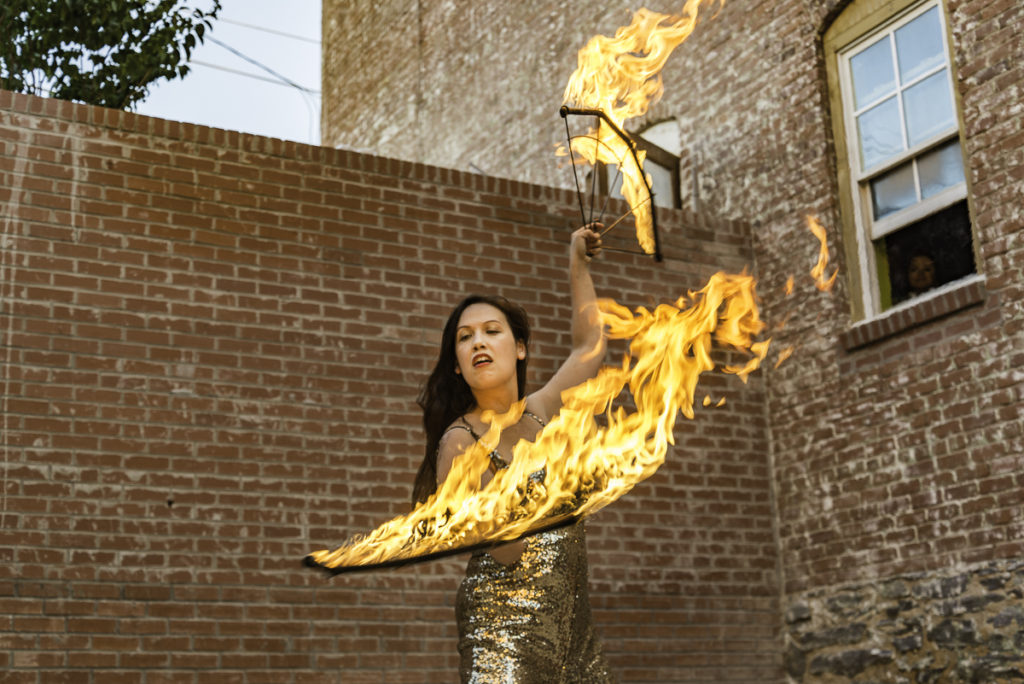 Upon exiting the VIP area, we finagled our way upstairs onto the deck of a local bar so we could shoot the view.

I'm in dire need of a telephoto lens.

As much as I love my 24-85 and carry it with me always, it's time for something beyond. It's just not in my budget right now. Until then, I'll make do. Hmmm...wonder what next weekend's festival will be?