It's cliche, but I can't believe how quickly time flies. Is it already Thursday? Has it been almost two weeks since I posted last?

I have ideas about posts whirling around my brain, but translating the ideas into an actual post? That's another story.

Last weekend, my friend Mary and I met some other friends down at the National Center for Civil and Human Rights for the Kenneth Hines, Jr. photo walk. I've followed Mr. Hines on IG for quite some time. I'm always up for a photo walk and thought it would be fun to meet him in person.

It was a relatively small crowd of us photo nerds - "Hey, it's Saturday night, let's take photos!" But after a delicious sushi dinner, Mary and I headed down via Uber.

Goodness - that was exciting.

Our Uber driver is apparently unfamiliar with the myriad of one-way streets surrounding the Centennial Park area and not particularly proficient with his GPS app. At one point, we politely pointed out that, indeed, he was heading the wrong way down a one-way street toward oncoming traffic, that, to our relief, was stopped at a red light. It didn't seem to bother him much, and we survived to talk about it. It's all good. 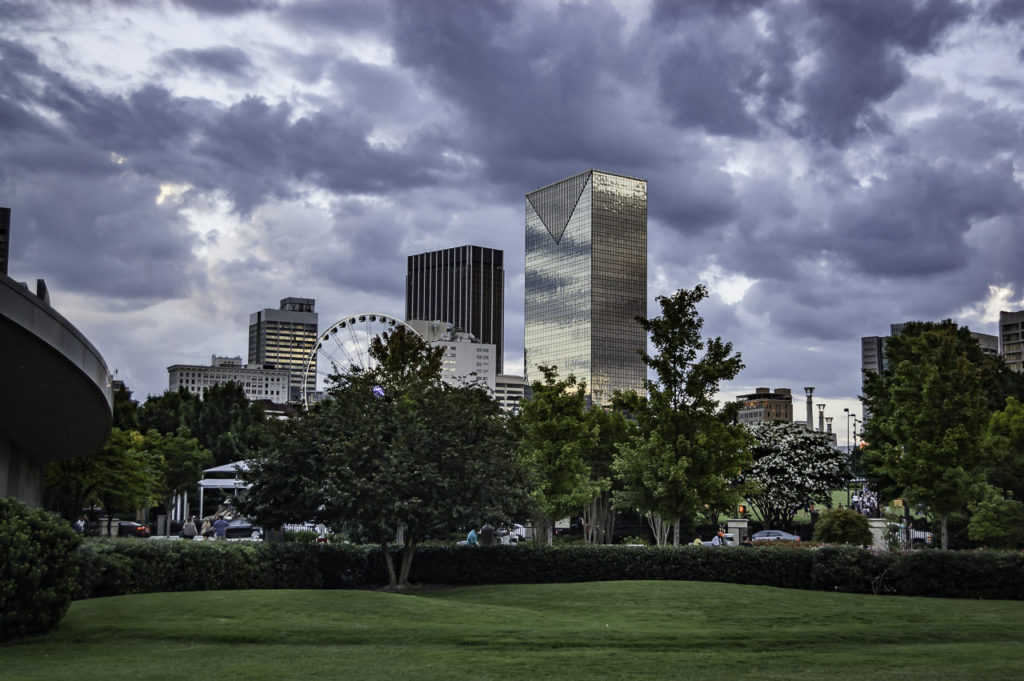 Eileen, Pat, Serrone...a few of the folks I knew when we arrived for the walk.

Mr. Hines got a group shot at the beginning - quite a selfie stick he had.

Blessedly, the evening was gorgeous and the blazing heat of the afternoon had relented into a breezy hot, but tolerable, evening.

I introduced myself to Mr. Hines when we got there, and we talked for a few minutes.

After the group had gathered in front of the center, we were promptly told by a passing guard that the use of tripods was strictly prohibited. Huh...so much for rights. 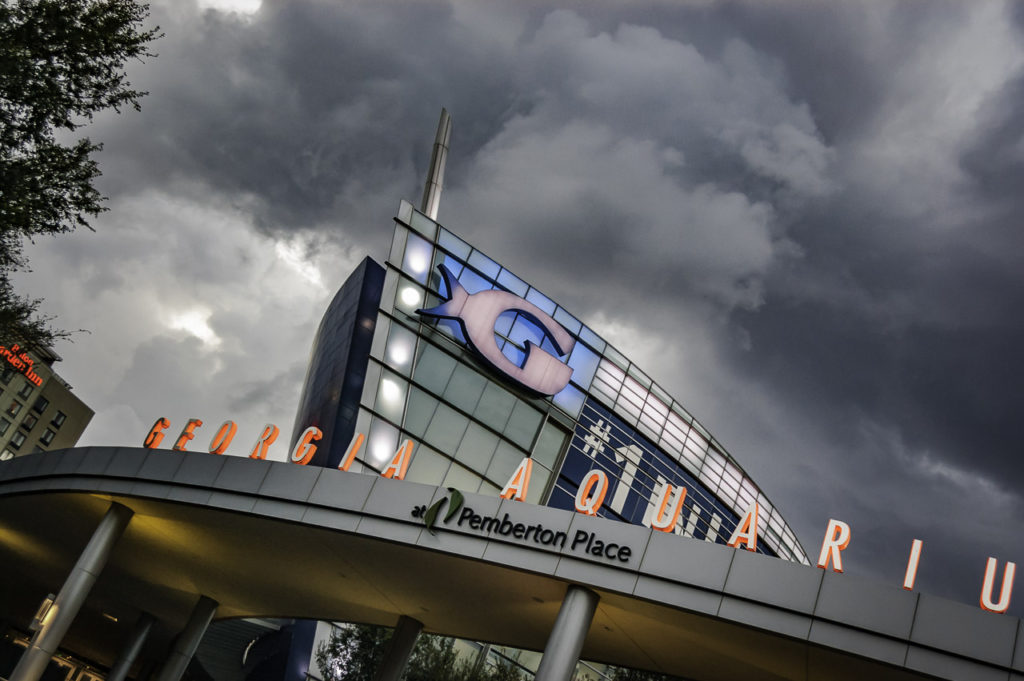 It was a gorgeous evening, though, and the sky was punctuated by enormous cumulonimbus clouds that are such a joy to photograph - at least for me.

We ambled along and made new friends and enjoyed the evening.

I was using my Nikon D40, because my D610 is still in the shop. It's a good little workhorse, which I traded in this past Tuesday toward another D610 body.

Now I feel comfortable tackling events without fear of being rendered useless if a camera breaks down.

Yeah! I was mostly snapping away without my tripod, because I was too lazy to pull it out of the case. I had the ISO way up, which unfortunately, when I did finally break out the tripod, I forgot to adjust back down. Thus, my photos of the evening were a tad on the noisy side. 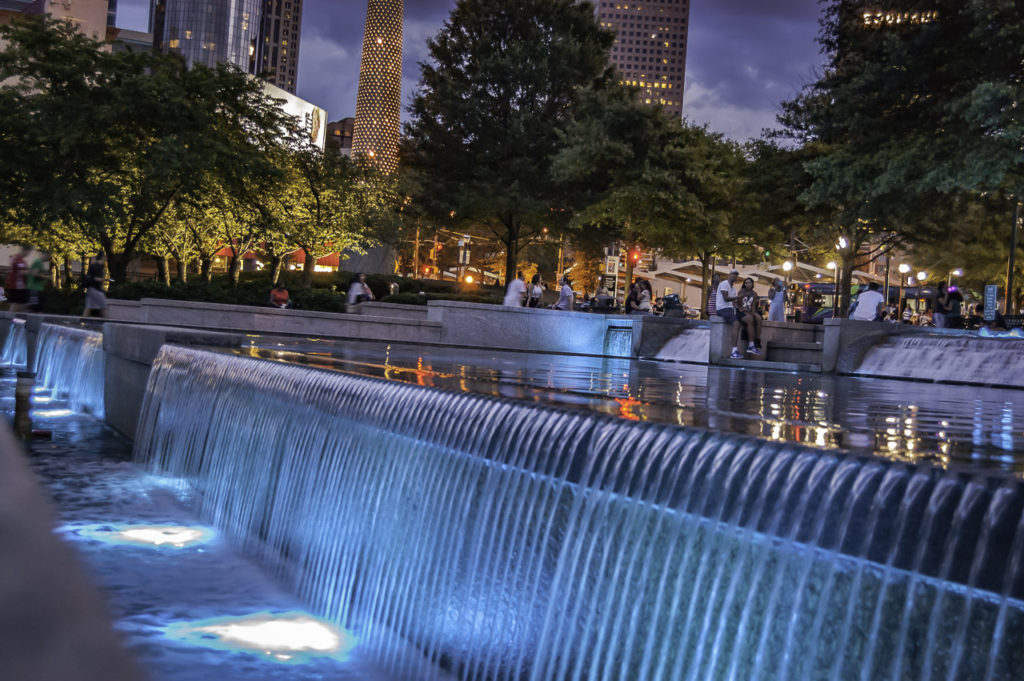 Centennial Park was teeming with people having a great time.

There were tents, food trucks, and some insanely inebriated folks left over from whatever festival had been going on all day.

Great people watching. I didn't take a lot of pictures of the people, though.

I was caught up in the moment and enjoying the atmosphere and meeting new photographers, and capturing shots of colorful things - like fountains and food trucks. I was taken with the lighting and reflections on the side of the food trucks and also with the lively fountain display/show that took place. 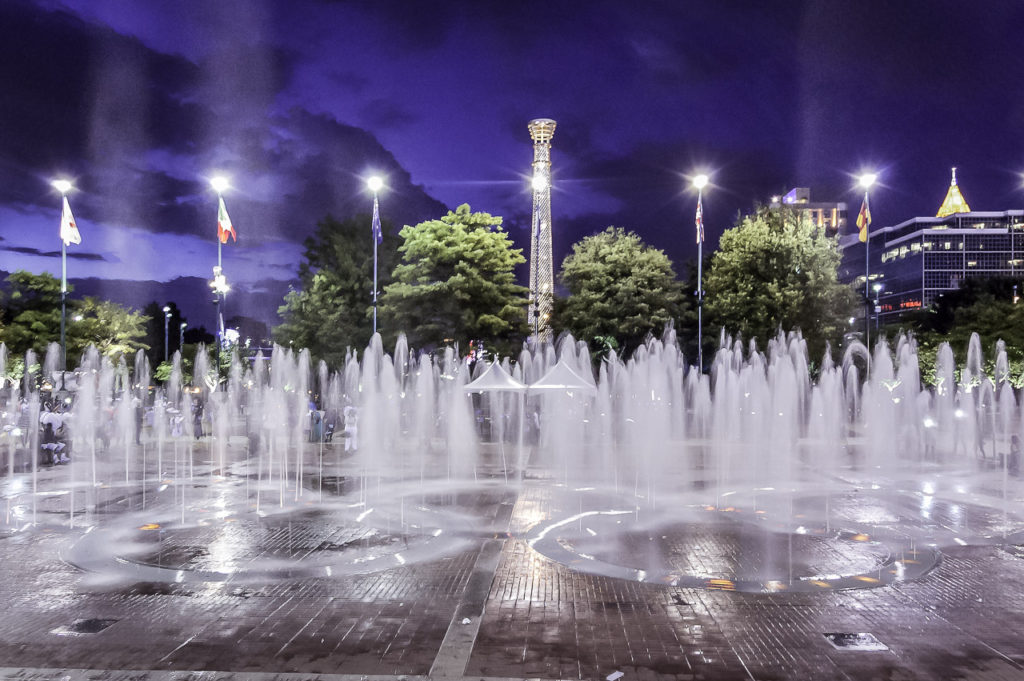 After the fountain display, there wasn't a lot to do.

Mr. Hines had apparently drifted off with some of the group and gone somewhere else, because we didn't see him or most of the others.

Instead we opted to call it an evening.

Pat gave Mary and I and a new friend, KC, a ride.

Pat's recovering from a concussion after getting rear-ended by someone paying more attention to his phone than his driving, so Pat's an uber-safe driver - pun intended! 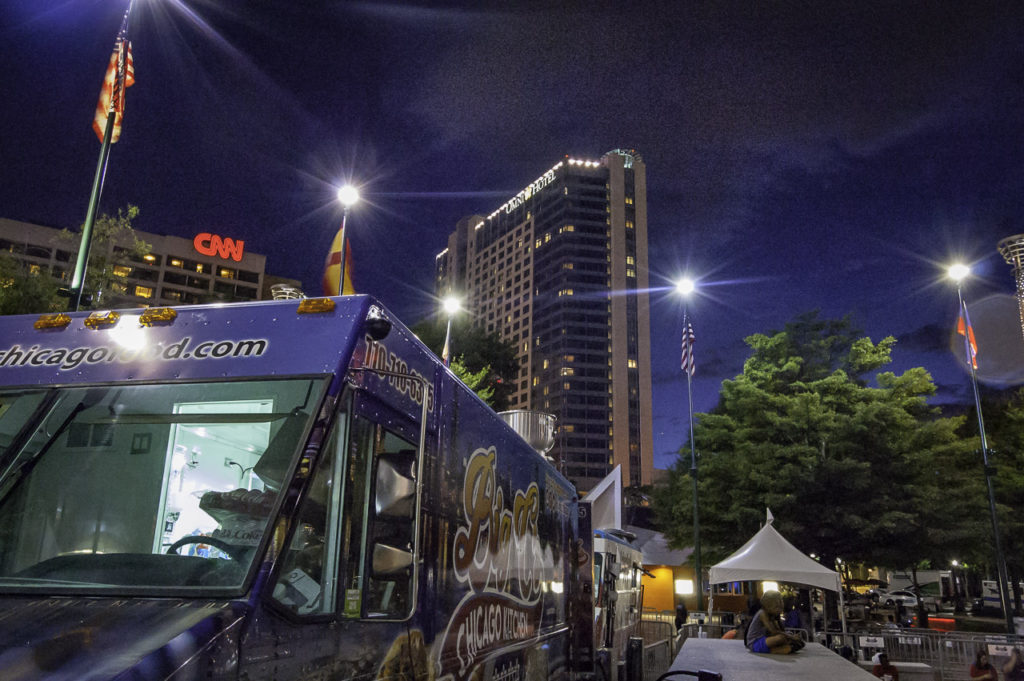 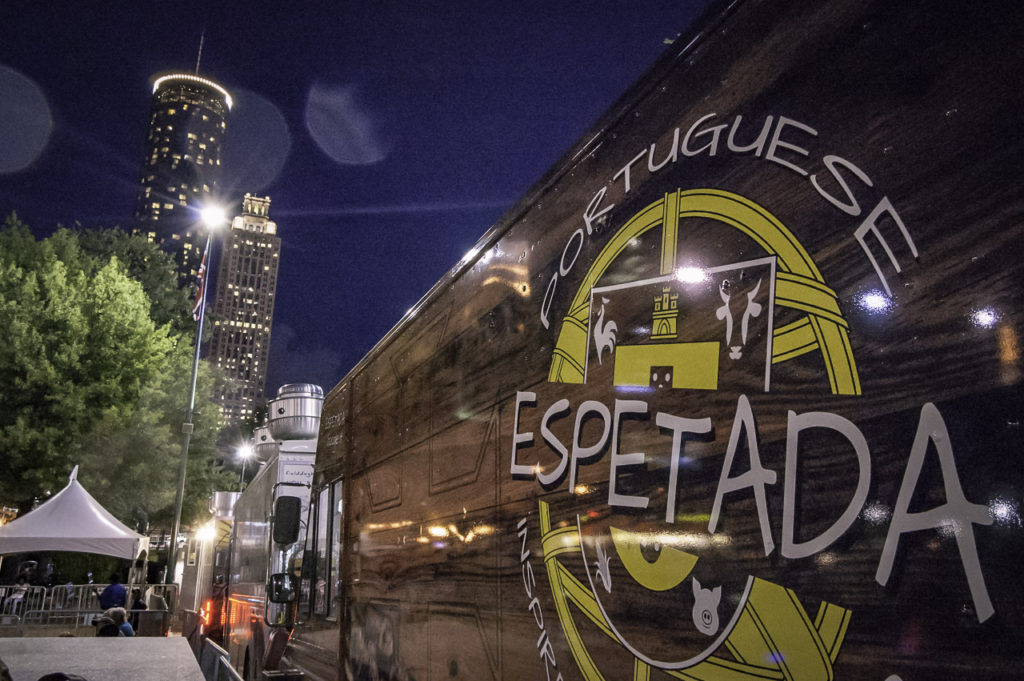 Visiting Historic Culloden Battlefield
Beautiful Broadford Bay
Looking for the Loch Ness Monster
An Atlanta Photographer in Scotland
Coming' Round the Bend
New Release in the Atlanta Gallery
Did You See the Article I'm in on Redfin?
Getting Creative With Daytime Long Exposures
Thanks to The Gallery at Trilith
Trilith Exhibit